If you have a CA $10,000 budget for a car, it won’t be enough to snag recent models of the Hondas and Chevrolets of this world. That said, you can still get a very decent car even for half that amount. How? Be prepared to go back in time to the good old days. You’ll find several above-average (and top) cars that’d be perfect for your driving needs. In this article, we share a selection of the best of the best cars under CA $10,000. 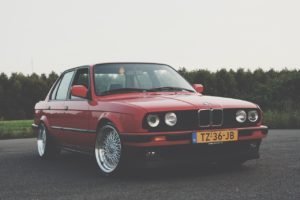 By all standards, this is a classic car. The E series was produced between 1982 and 1994 and was the replacement for the E21 3 Series. BMW E30 is available in four body configurations: 2-door sedan, 2-door convertible, 4-door sedan, and 5-door wagon. You can expect a reasonable interior space that is suitable for small families. Although the engine is not as powerful as what we have today they are just enough to get you going. But we must commend this classic for an absolute handling experience. If not for anything, you can have this car in your driveway as a classic memento. 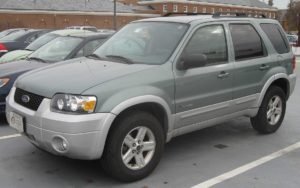 Now here’s a beauty with ample cabin and cargo space. This car, no doubt, rivals some more recent compact SUVs in the market. And if you’re looking for an SUV that won’t swallow up your savings, this Escape should do it. It’s perfect if you’re a family man/woman as it comfortably seats 4 passengers. The V6 engine was a steal at the time. But now, more powerful engines have taken the shine. This doesn’t take anything away from its usefulness though. This model Ford Escape is (expectedly) missing certain features and fuel economy is not at its best. 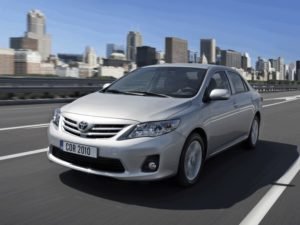 We can’t possibly talk about some of the best cars under $10k (that are worth buying) without a slot for the OG, Toyota Corolla. This is a brand that has created a name for itself and that name is closely linked to the reliability, top fuel economy, powerful engines, durability, and more. The positives are not few. The more recent models may pack more punch but as far back as a decade ago, the Corolla was making waves. You can still experience what it’s like to drive a dependable car like the Corolla by getting the 2010 model. It’s just under $10k. 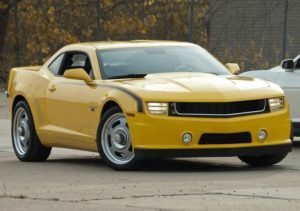 On first sight, you may not appreciate the Honda Fit but after a closer look (and a spin) you’d probably have a change of mind. The Fit has successfully built a name for itself over the years, a good one at that. It’s gas mileage numbers are great, it has large cargo space for a small car, and its handling around corners is very impressive. Also, its compact size makes moving around easy. If you’re a tall driver looking for a car that has enough legroom and headroom space, the Fit fits well in this category. The base trim has cruise control, power windows, door locks, and you can get optional packages like the Bluetooth and voice navigation system. 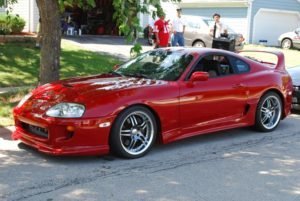 Again, something from the 90s. A beauty to behold, a classic worth driving. Good thing it is one of the best cars under $10k – an affordable luxury. If you drove this around town, you’d probably be the talk of the town (in a good way) because the Supra makes quite an impression. You’d be lucky to find one of these under $10k but it’s possible.

This Japanese automobile company has a reputation for reliable cars and it’s no surprise that the Civic makes our best cars under $10k list. All the accolades on this car are well deserved. Talk about reliability, economy, safety, durability, performance…the Civic excels in all areas. Whether you opt for a newer version or this model year you’d get a quality car that’d serve you well.

The 2013 Kia Rio is unarguably one of the best cars under $10k It is one of those cars with several available features few rivals offer. These include an auxiliary input jack, a rearview camera, navigation, height-adjustable driver seat, a UVO touchscreen infotainment system, Bluetooth, map lights, and wheel-mounted audio controls. The 2013 Kia Rio is available in two body styles: A four-door sedan and a five-door hatchback and there are three trims: LX, EX, and SX. You get more cargo space if you choose to buy the hatchback. 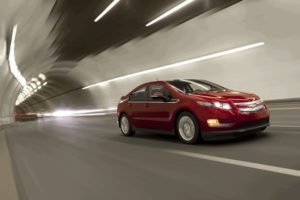 Are you the type of driver that frequently spends hours on the road daily? Do you prefer cars with a very impressive range? If yes, you’d love this 2011 Chevy Volt. With its electric and gas-powered engine, you get up to 300 miles maximum range. And it doesn’t take long to get a full charge, it takes about 3 hours and you’re good to go. This car is ideal for drivers who don’t have to carry more than 3 other passengers at a time. Available features include voice controls, Bluetooth, keyless ignition, automatic climate control, and many more. 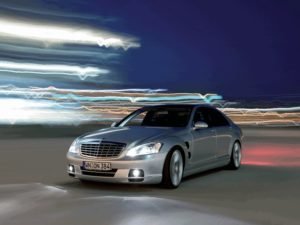 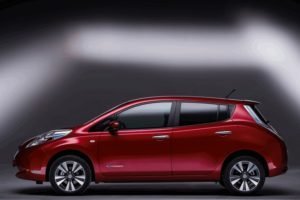 You must have heard people say that electric cars are the future of cars, well, that future has been in the making for many years. One of such all-electric vehicles is the Nissan Leaf, a small hatchback with a four-passenger seating capacity. As an electric car, it’s environmentally friendly and much cheaper than having to pay for gas. One would expect its cargo to be spacious considering the hatchback body style but it’s relatively small and may not be the best pick for someone looking for a family car. 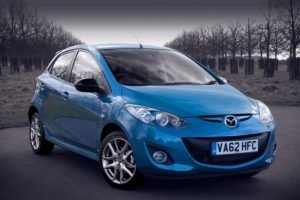 This subcompact hatchback doesn’t have many convincing features unlike rivals in its class but it fits well into the best-used cars under $10,000. The hatchback has sporty handling and styling that is easy on the eyes. The controls in the car are easy to control and operate.

Safety-wise, the Mazda 2 comes with antilock brakes, traction control, airbags. If you’re a ‘need for speed’ enthusiast, this Mazda won’t be a good match. It accelerates to 60mph in 10.3 seconds, which is incredibly slow. As a hatchback, you’d expect more cargo space but that’s non-existent and the rear seats are cramped. You will, however, get more features if you opt for the higher Touring trim. This comes with a trip computer, a rear roof spoiler, cruise control, and a 6-speaker audio system. 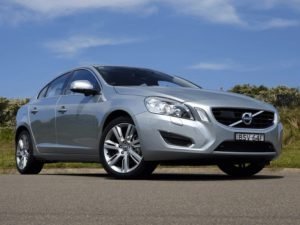 Volvo is to Sweden what Honda is to Japan – an icon of some sort, known for producing safe and reliable cars. As at the time it hit the scene, the S60’s pedestrian detection with full auto brake was a steal. With its 300 horsepower, bagging a Volvo S60 today won’t be a bad idea, especially at a price under $10k. 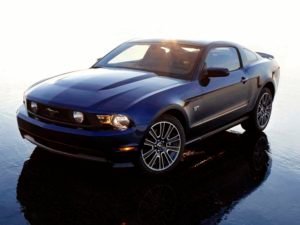 Here’s something that’d get you the bang for your buck if you’re looking for a muscle car under $10k. The Mustang is not just a beast on the road, it is a feature-rich beast on the road. The base V6 is below par, so if you need something with more verve and vigour, get the Mustang V8.

What’s your favourite body style – coupe or convertible? The 2010 Ford Mustang is available in those configurations. It has 4 trim levels: V6, V6 Premium, GT and GT premium. Some of the features you’d find on the Mustang include dual exhaust tips, leather upholstery, air-conditioning, keyless entry, a power driver seat, and more. 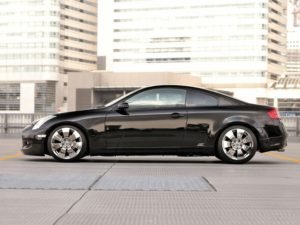 Here’s another luxury car that had its heydays in the early 2000s. You could argue that it is even better-looking than the S-class. But it’s not all about the looks, this Infinity has features for days. It comes with leather seats, Bluetooth, keyless start, and alloy wheels – these were gold in those days. 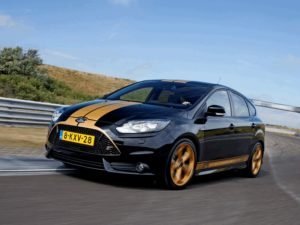 This model year Ford Focus is one of the best cars under $10k and certainly one of the best in its class. Its got a beautiful styling in and out and its performance on the road is admirable. It also has impressive fuel economy scores to reduce running costs. Ford Focus is available in sedan or hatchback and there are 4 trim levels: S, SE, Titanium, and the Focus Electric.

Let’s go back in time to the 2014 midsize sedan, Hyundai Sonata – a stylish, powerful car that handles pretty well. The Sonata has great fuel economy, power, and distinguishable features. Some of its features include cruise control, heated mirrors, automatic headlights, HD radio, keyless entry and ignition, dual chrome exhaust tips, and many more. 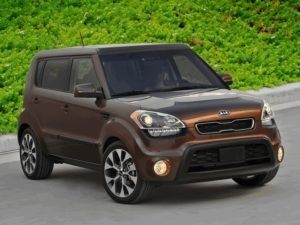 If you’ve seen the 2020 version of the Kia Soul, you’d agree that this 2011 model design isn’t a far cry from it. Of course, there are improvements here and there but one thing is clear, as of 2011, Kia was on a mission to build a fine and practical car, and they did. Some of its upsides include easy-to-use controls, long warranty, affordable price, spacious cabin. 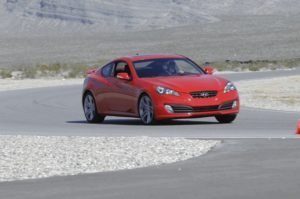 If we didn’t know better we’d have been swayed by the modern-styling of the Genesis GT that is similar to present-day cars. But this coupe hit dealerships about a decade ago. It’s easy to blend in if you drive one of these. Except for one who knows their cars, nobody would be able to tell just how old it is. It is powered by a V6 engine which was a significant introduction by Hyundai those days. 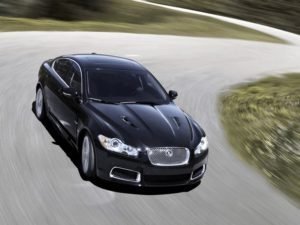 For a car that was worth over CA $70,000 when it was released to now feature in our best cars under $10k is – wow! The Jaguar XF was worth that initial amount then, and now, you’d be lucky to have it at this price. It comes with a supercharged 4.2-litre V8 that supplies a massive 420 horsepower. This luxury midsize sedan is available in 4 trims, viz: XF, XF Premium, XF, Supercharged, and XFR.

As you have gleaned from this review of the 20 best cars under $10k, you don’t need to have 3 times that amount to own a decent car. These cars are very reliable and perfectly able to meet your driving needs. However, you should be wary of where you buy these cars from and the state of the cars before purchasing. Getting a used car may help reduce cost but it can also turn out to be a bad buy if you have to go to the mechanic every other week or if it guzzles fuel like a whale. Do your fact-finding well, make sure the car would serve you well, and only buy from reputable dealers or people you can trust.