The 2020 Jaguar XE shares a lot of semblance with the 2019 Jaguar XE. One major difference between both models is the subtle front and styling updates that can be seen in the newer 2020 Jaguar XE model.

Jaguar’s lineup in recent times has been packed with a lot of products. Perhaps, lost in this myriad of products flushed year after year is the 2019 Jaguar XE. This small sedan released by the British brand was not a big seller, a major reason why the brand decided to give the product a host of differing updates this year. I

t is hoped that these updates will boost its appeal with auto enthusiasts and even critics.

For the 2019 model which boasts four engines, two drive trains, and eight trims, there were 32 different iterations of the product. The 2020 model, however, comes with a slimmer number of selections. In fact, the 2020 Jaguar XE is only available in three combinations which include the XE R-Dynamic S AWD and the XE S which comes with either the all-wheel-drive or the rear-wheel drive.

While a lot of people would be missing the options provided by the previous diesel as well as V6 and V8 engines, its remainder turbocharged inline-four engine is deemed just enough for the small sedan.

The visuals of the 2020 Jaguar XE also gets an update. Its new fascias in front and the rear gives the product a fuller detail, lending it a bigger view than the 2019 Jaguar XE. There are a series of improvements to the 2020 Jaguar XE interior as well. Take, for instance, the center console now has a touch-sensitive panel that is used for climate control. In addition, the rotary transmission knob has been completely replaced by a new traditional-style gear-shift lever. 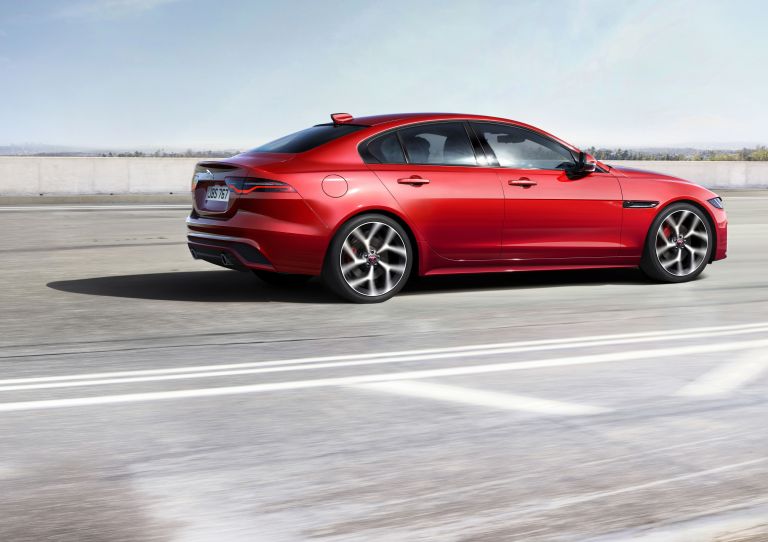 What is Jaguar XE?

The Jaguar XE, a rear or four-wheel drive manufactured and marketed by Jaguar is a darling product for luxury small car lovers. It is characterized by a lengthy nose and a detailed short-ish deck. To understand better the Jaguar XE, it is expedient we discuss different areas bordering around this luxury small car. Some of which are its safety, reliability, interior, cargo space and performance.

Is Jaguar XE a good car?

Having cited all these improved properties of the Jaguar XE especially in the 2020 model, it begs the question of how good really is the Jaguar XE? Does it do better than its competitors within the same price bracket?

The 2020 Jaguar XE has a sporty feel and some beautiful interior highlights, however, it still doesn’t do as well as most of its other competitors. For the most part, most of its competitors are more athletic, have a technology that is easier to use and provide more comfortable seats in the rear.

The luxury small car is decent, but nothing more than the ordinary. Indeed, there are far better cars in the same class as the Jaguar XE. Its rear seats feel rather cramped and can be quite uncomfortable for plump passengers or those with long legs. Many of its competitors also have better infotainment systems, a significant minus for the product.

The Jaguar XE, though not as excellent as many products in the same class also has a bunch of pluses. In addition to being built with capable turbocharged engines, it also boasts of agile handling and offers really smooth rides.

Its interior is very appealing to auto enthusiasts with beautiful front seats and a host of techy features which make it look like a car from the future.

We might not be doing justice to the Jaguar XE by judging its features independently. Therefore, let’s stack this luxury small car up against some of its close rivals.

The BMW 3 series vs Jaguar XE

The BMW 3 series is widely considered to be the most fun-to-drive and athletic member of the luxury small car class. It is quite speedy, energetic and has a fantastic exhaust system not mentioning that it does exceedingly well in corners as well. Both cars are heralded for their lovely interiors but do not have the luxe cabins of their more elegant rivals.

Who doesn’t love a Mercedes Benz? The C-class, in particular, has a smooth ride and is powered by extremely powerful engines. In addition to this, it has a performance-oriented AMG model that is more powerful and does absolutely better than any Jaguar XE model can do.

Putting things in perspective, the Mercedes Benz C-class can be said to be a better car overall than its British rival. 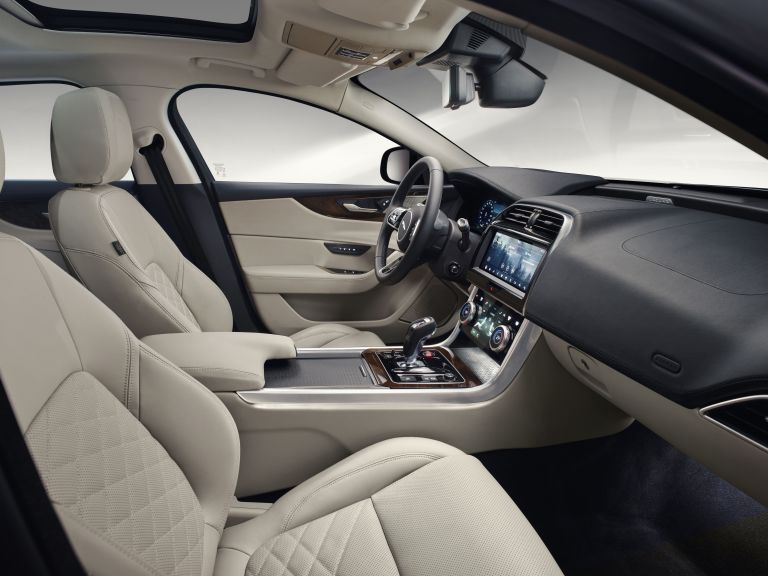 In front, the sedan sports-like car with a five-passenger seat is roomy and quite comfortable. There’s also enough side support that won’t slide around when taking turns. The rear seats aren’t quite as spacious as the front seats. Hence, tall people with pretty long legs won’t be drawn to sit behind, particularly, when taking long rides.

Its cabin keeps the jaguar XE car and driver as well as its passengers from outside noise. This, in turn, makes it easier to hold a conversation in the sedan sports car without any interference from the noise outside of the car. This would cast the minds of many back to the Jaguar 2018 XE which has a very quiet cabin, which muffles out most of the outside noise.

Its cargo space is about a 15.5-cubic foot which is significantly larger than most of its rival products. Putting things in perspective, that can comfortably house almost a dozen shopping bags or multiple sets of golf clubs. However, if you choose to go for an XE with a spare tire, you’re poised to lose more than about 2 cubic feet of trunk space to the spare tire.

As against its newer models or rival products, the 2020 Jaguar XE is yet to be tested by the National Highway Traffic Safety Administration not the Insurance Institute for Highway Safety.

Its standard driver assistance features are packed with tools aimed at aiding the safety of the driver. Some of these tools include collision warning, driver drowsiness monitoring, front and rear parking sensors, and all surface progress control. This all-surface progress control is low-speed cruise control which assists the driver in maintaining a steady speed in low-traction scenarios.

Other features include a 360-degree parking camera which helps the driver catch a good view of the rear when reversing, a head-up display, parallel and perpendicular park assist. In addition to all these is a video rear view mirror that makes use of a camera feed in ensuring that there is a clear and unobstructed view of objects or people just behind the vehicle.

Although the 2020 Jaguar XE is yet to be tested for reliability, it is expected to do considerably better than the 2019 Jaguar XE in that. The 2019 Jaguar XE reliability was pretty poor. According to statistics collected, about one-third of respondents complained about one or more faults within the first year of use, with electrics the major source of the complaint.

What is the price of Jaguar XE in Canada?

In general, the 2020 Jaguar XE exists in two versions. The XE S sedan which produces as much as 247hp costs about 53,836 CAD for the rear-drive form while the all-wheel-drive costs about 56,469 CAD. This fee includes a 1,309 CAD destination fee and about $2,633 for the all-wheel-drive model. In addition to these, that fee is also designed to cater to a five-year warranty as well as 60,000 miles of complimentary scheduled maintenance no mentioning 24/7 road assistance alongside five years of Jaguar’s InControl Remote and Protect connected car services.

The second version, R-Dynamic trim costs about 62,259 CAD. The R-dynamic version adds its own contrast stitching, wheels, sport seats, metallic trim and a dark headliner to the features present in the base model.

Our 2020 Jaguar XE shows that the sedan sports car though packed with a lot of fantastic features isn’t as cost-effective as other products within the same price range.

Perhaps, its greatest advantage over cars in the same class as it is its engaging handling. It is surely one of the best you will find in the market with regard to handling. It also has a lot of trunk case should you need to carry large cargo.

To get the most out of the XE experience, the R-Dynamic S could be your best pick of its models. It not only has an incredible engine power but has larger brakes, boasts unique wheels and more aggressive interior and exterior body parts.

Its seats are even more upgraded than the other versions with some beautiful contrast stitching and more upper-body bolstering.