Electric bicycles, do you own one? These motor-assisted bicycles have taken the world by storm and its easy to see why. Already, cycling is an exciting way to get around, and electric bikes make it even more interesting and comfortable. You have the option to engage the pedal or switch to the motor-power. E-bikes can be used in a variety of situations, whether you’re going to work, trying to get a feel of your surrounding on a cool evening, out shopping for groceries, or off to college.

There are several power-assisted bicycle brands and manufacturers to choose from. This often puts people in a dilemma. This is why we have put together a list of the 5 most popular brands in Canada. It goes without saying that since they are popular they must be doing something right. That said, opting for electric bikes by any of these brands would be a fantastic choice. 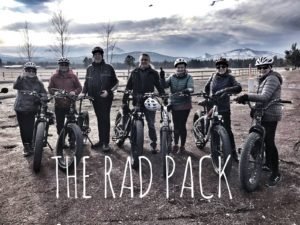 Rad Power Bikes is one of those electric bicycle brands that was borne out of innovation and passion. Founded by Mike Radenbaugh and Ty Collins in 2015 but the company had been in operation since 2007 when Mike built his first bike and operated a sole proprietorship afterwards. Rad Power is now a popular name in the e-bike industry. They have grown rapidly since the flagship RadRover electric. The RadRover 5 electric fat bike and RadWagon electric cargo bike are 2 of the brand’s top products. RadRover 5 is one of the best-selling electric fat bikes in North America. 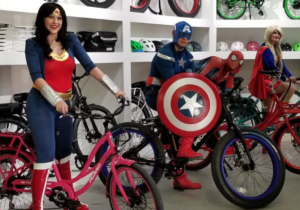 According to Pedego’s co-founder, “Pedego owners don’t like their bikes – they love them.” The Pedego brand is not built around the thought of high-tech or powerful components, but the people riding it. They are more interested in delighting their customers rather than merely satisfying them. This is probably why they’re pretty big in Canada, and the US too! Some of the top Pedego electric bicycles include the Interceptor, which is available in 2 models, and the City Commuter, which is available in 4 editions. In total, the Pedego brand has 19 electric bikes in their lineup. You will find one that suits your lifestyle here. 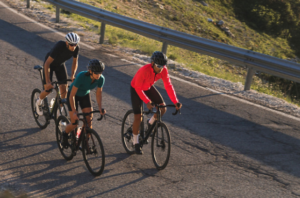 The Specialized brand is made up of a group of riders – and they claim that this has guided their decision since 1974. Yes, they’ve been making electric bicycles for that long. Through the years, they’ve given people what they want and carved a reputation for themselves. Today, Specialized is a name in the e-bike world to reckon with. Their bikes are generally priced like other brands but the turbo bikes cost as much as CA $14,000 if not more. The Creo and Turbo Levo Sl are two of their top bikes in the market. 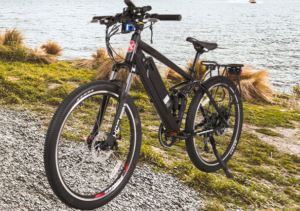 X-treme has 20+ years to its credit in the electric bike industry. In those 20 years, they’ve built up a reputation and widespread appreciation for their brand – even in Canada. X-treme offers a one-year warranty as well as lifetime technical support to all customers. They have so much confidence in the quality of their electric bicycles that they offer an opportunity for lifetime warranty at  CA $216. If you’re looking to get an electric bike, X-treme’s Baja 48 Volt and X-treme Malibu Elite Max would be great buys.

Ride 1 Up is a bike manufacturer that considers efficiency their biggest strength. The bikes are efficient in terms of performance, so is the team of visionaries behind it. Like the other electric bike manufacturers on this list, Ride1up was built on the foundation of innovation, DIY, and a drive to offer something better – that was lacking in the market. From as low as CA $943 you can get a Ride1up electric bicycle for yourself. The top 2 bikes making the rounds for this brand are the 500 Series and 700 Series. If you have a slightly bigger budget you can get either for under CA $1600.

Electric bicycles are here to stay and have completely revolutionized the way people move around in recent times. Cars are great but they don’t offer as much experience or feel when driving through places. E-bikes, on the other hand, allow you to take it all in as you pedal or let the electric motor propel you. It’s also a great way to exercise to get your body in shape. There’s a bike for every road or driving condition – mountain bikes, cruisers, cargo bikes, city bikes, folding bikes. There’s something for you. And you can get any of these from these popular brands here in Canada.