What are the best Cars for Teenagers?

This is why the choice of car for them is as important as getting a driver’s permit. The best cars for teenagers may not always check the sleek, cool, or powerful boxes.

They mostly tilt towards safety, reliability, and lower dealership and running cost. So, as a parent, if your teenager is excited about her new car, that may not be the best choice. Read on to discover the best cars for teenagers. 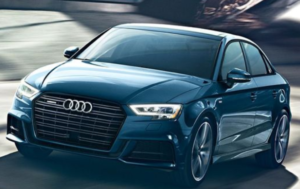 Your teenager is literally in ‘safe hands’ with the Audi A3. This includes models and editions from 2015 to date. This car gets a High Safety Pick rating from the Insurance Institute for Highway Safety (IIHS).

This means in the event of a collision, the A3 is more likely to prevent a crash. The presence of the Pre-Sense basic and pre-Sense front play significant roles in ensuring driver safety.

These systems get into action in an emergency by automatically closing the windows, tightening the seatbelts, and applying the brakes. The A3 also features Audi Smartphone interface and MMI Touch that young people would find fascinating. 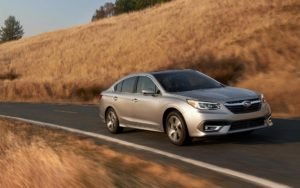 The Subaru Legacy will make a first new/used car for any teenager. It comes with an all-wheel-drive as a standard feature which comes in handy for new drivers.

An all-wheel-drive has superior traction, provides better handling, and overall performance. This midsize car also has a healthy list of safety and driver assistance features which earns it a High Safety Pick+ spot by the IIHS.

Teenagers will find the optional 11.6-inch infotainment interface in the 2020 model very impressive.

Toyota cars are generally very reliable machines and the Avalon features prominently as one of the best cars for teenagers. It passes the IIHS crash prevention tests with a superior High Safety Pick+ rating and has incredible fuel-sipping scores.

The less frequently teenagers have to refill gas the lower the cost of using the car. This is a good thing especially for young people who have to pay the bills themselves.

The 2020 model of the Avalon features the novel Toyota Racing Development (TRD) that redefines HPS – handling, performance, and style. In terms of safety, the Toyota Safety Sense embodies a collection of advanced driver assistance systems parents can count on to protect their teens.

If you are a parent looking to buy a car for your daughter, the Hyundai Tucson would make a great choice. This is based on the premise and statistics that women generally like Asian-manufactured cars.

Apart from this, the small 4-door SUV offers a wealth of tech and safety features equivalent to highly-priced cars. It should be counted as a plus that the four-cylinder powered engines don’t pack as much power.

Incredible horsepower ratings can be tempting for teens to explore and hit the limits. 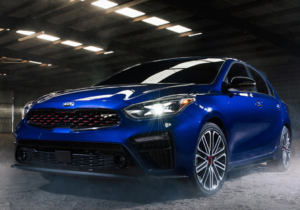 The Kia Forte is a small sedan that sits higher than most of the cars in its class when it comes to capabilities. It’s packed with several advanced driver safety features even at the base level.

Forte has 5 trim levels to choose from, they are – FE, LXS, GT-Line, EX and GT. The ideal trims for a teen would be either of these except the GT as it has significantly more hp at 201.

Overall, Kia Forte stands out as one of the best cars for teenagers. 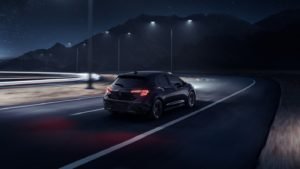 An ideal first car for a teenager should be one that would last long and stand the test of time.

The Toyota Corolla Hatchback makes the cut easily. As with most cars in the Japanese company’s lineup, the Hatchback is a reliable and durable vehicle.

It also has a stylish look that teens would love and the starting price will not dig a hole in your pocket. What’s more? It’s 168 horsepower is apt for a young driver.

Cars that have excellent front-crash prevention ratings are a good buy for teenagers. Young drivers are notorious for having one-too-many car accidents, significantly higher than any other age group.

With a Top Safety Pick+ award by the IIHS, you can rest assured that your teenager is ‘in safe wheels’.

The Impreza has a roomy interior, features all-wheel-drive technology, and has good fuel-saving scores.

Like Toyota, if not better, the Honda nameplate comes with an assurance of durability, reliability, and efficient service. This trend with Honda cars is taken up a notch with the Civic – which is a favourite for people of all ages.

This amazing car is quite affordable too with a starting price of CA $27,960 and it has low running costs, thanks to its high fuel-efficiency.

The Honda Civic has a range of options for your teenager to choose from, there’s the coupe, sedan, hatchback, sporty SI. You may want to steer clear of the Type R for now because it’s a high-performance version of the Civic car. 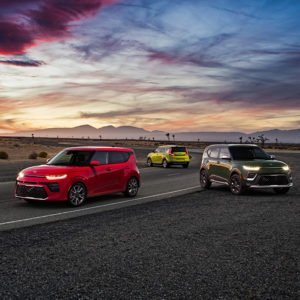 Kia Soul is the type of car every teenager would love at first sight particularly because of its looks. The soul is also ‘colour rich’ with 16 eye-catching shades to choose from.

IIHS rating is near perfect with a Top Safety Pick. And finally, any of the available 6 trims would make a great soul mate for teenagers.

Small but powerful, Honda Fit has great handling capabilities and its small size makes it easier to park in tight corners and manoeuvre.

Fuel-efficiency is one of its strong points, and it is affordable at the dealership too with a starting price of CA $23,700. This would make a fine first car for teenagers.

These cars are some of the best choices for teenage drivers for good reason – they are safe, reliable, and inexpensive to buy and run. As a parent looking to get a car for your teenage child or as a teenager wanting to get their first car, you’d be making a great choice when you opt for any of these.